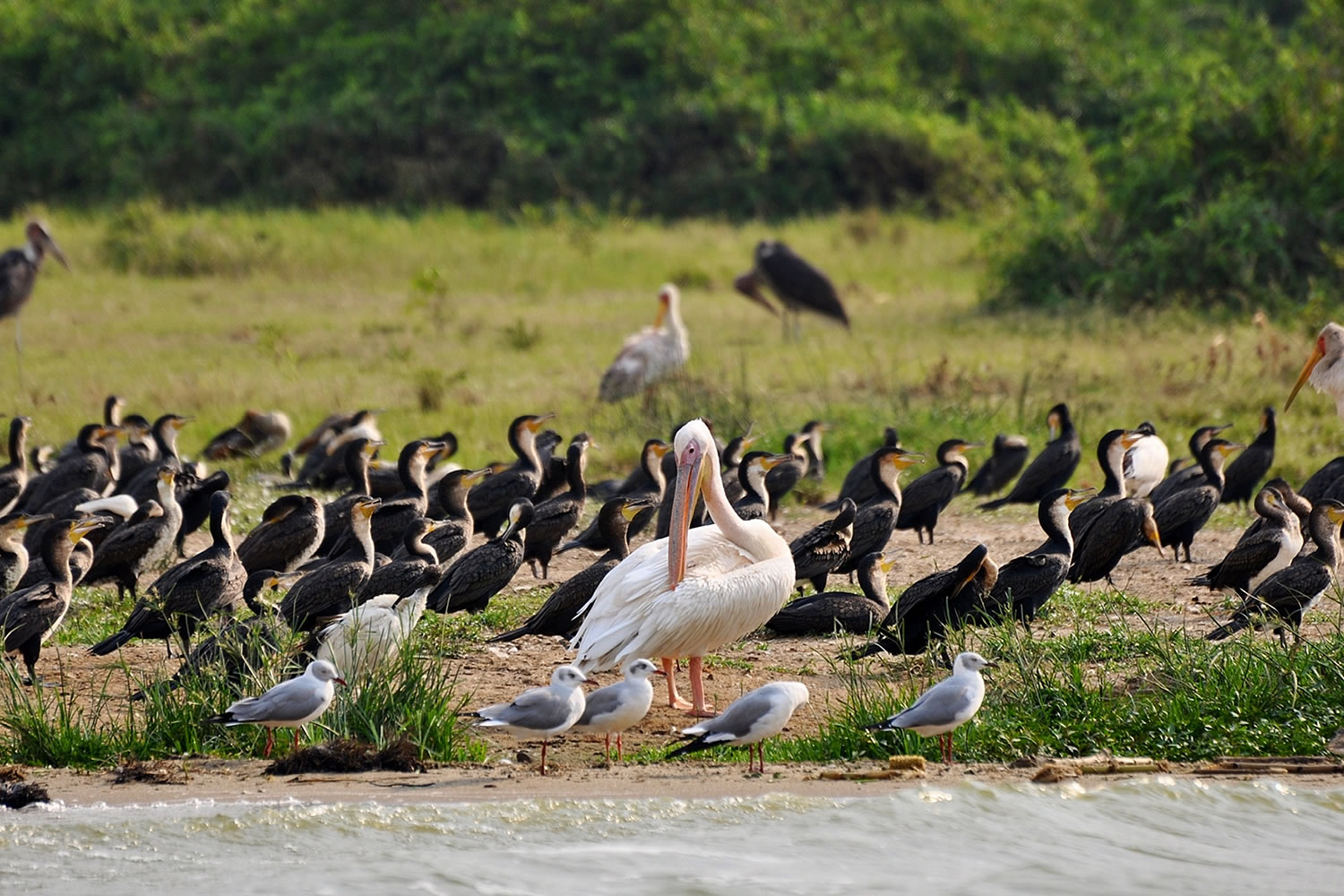 Lake Nabugabo situated next to Lake Victoria is special for its beaches,
coastlines and many rare species. It is one of the few lakes where you can swim.  It is free of Bilharzia or any other organisms that can cause diseases

Lake Nabugabo area is chosen as a Ramsar Site (protected area)
because of its importance for people and animals. was formed as a result of sand dunes resulting from strong winds. It is separated from Lake Victoria by a sand bar. The Lake covers an area of 22,000 hectares and lies 00°24’S  031°54’E. It is a shallow freshwater lake 8.2 km long by 5 km wide. This lake is surrounded by Loudetia swamp, especially to the north and has Miscanthidium papyrus and Sphagnum swamps

NABUGABO HAS A UNIQUE BIODIVERSITY

Almost 300 plant species have been recorded.
Lake Nabugabo catchment’s area has two flowering plants not found elsewhere and 14 species of birds and fish in Uganda are known only in this area. The most striking character of the rare Nabugabo plant is the relative dominance of carnivorous plants and members of the family Xyridacea.

Many species of indigenous fish (Cichlidae) have been recorded. Three fish species were introduced into Lake Nabugabo in the 1950s, namely Oreochromis niloticus, O.leucosticus, and Tilapia Zilli. The fauna ecosystem consists of a wide variety of key animal Communities, hippopotamus and Sitatunga. While birds like kingfishers, the crested crane, and some important migratory birds can be sighted.

Nabugabo is an important migratory stopover-destination for Migratory bird species – at times during the year, the site (listed as an Important Bird Area) holds more than 15% of the world’s population of the Blue Swallow and support five globally threatened and nearly threatened birds.